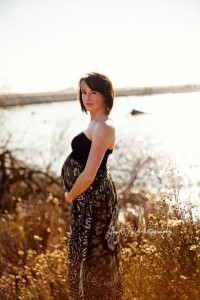 When she was pregnant with her son, Jodee pressed a Doppler machine to her belly every single day, to check for a heartbeat.

She felt fabulous and loved being pregnant, but she’d lost her first pregnancy.

With her first pregnancy, she’d gone to the doctor at 10-weeks pregnant, only to find that her baby had passed at 6-weeks. Totally unprepared for the news, she’d gone to the appointment alone… only to then have to leave and call her husband, hysterically crying, to tell him the news. On top of that, the pills didn’t cause her to pass tissue, so she had to do another ultrasound, then a D&C—the whole thing was lengthy and torturous.

So even though this pregnancy was healthy, she was terrified.

When her son was full-term, she went in for her c-section. She didn’t feel safe until he was in her arms. Then, there he was, breathing and healthy. She held on tight and finally let everything out. Relief. Fear. Sadness. She was a sobbing, happy mess.

Her bloodwork was fine and the ultrasound showed a heartbeat!

And, a week later, the emryo’s heartbeat had stopped.

Jodee requested a D&C for quick closure, despite concerns about surgery and uterine scarring. She also requested genetic testing to find out why she’s lost two out of her three pregnancies.

When she woke up from the D&C, she confirmed with the nurse, “So you guys sent the tissue for testing right?”

The nurse looked like a deer in headlights. Really? Her OB apologized profusely. The tissue had already been destroyed as medical waste.

She was angry at her doctor, the nurse, herself. Maybe she didn’t advocate hard enough.

She knew she couldn’t replace her lost babies, but she had a hole in her heart. She had to fill it. She was obsessed—she had charts, ovulation prediction kits. Each month, she waited to see if she was pregnant. Each month, she wasn’t. The waiting was intolerable.

Then, she finally she saw a positive! She peed on about 50 different sticks to be sure—digital ones, different brands. All positive.

But, for some reason, her bloodwork came back suggesting she wasn’t pregnant.

After several more days, her bloodwork finally confirmed the pregnancy, but her HCG (at 24) was really low.

Then she got her period. “OK,” she thought, “At least it’s not drawn out.”

She took another pregnancy test, just in case—it was the darkest line she’d seen yet.

She began to feel a crazy rectal pain. She checked Dr. Google. All of her results said “ectopic pregnancy” (meaning the embryo implanted somewhere other than her uterus).

She went to the Emergency Room. Her HCG had more than doubled (now at 75) but the embryo was still too small to find on the ultrasound. Everyone was concerned about an ectopic pregnancy,

But they sent her home.

“Is the baby going to live?” she wondered, terrified. “Am I?”

A few days later, she began to feel intense abdominal pain and she noticed she was bleeding heavily.

She went back to the Emergency Room, where they could now see a mass in her Fallopian tube. Blood was spilling into her abdomen.

She spent the night waiting for her procedure. They would remove the embryo and try save her fallopian tube.

When she woke up from surgery, her husband was next to her, bawling.

She’d lost her fallopian tube. The other tube looked severely abnormal. The doctor said the only way they’d ever get pregnant again was IVF.

They waited a while before trying again.

They met with multiple reproductive endocrinologists—it turned out Jodee also had “old lady” eggs. Everyone agreed IVF was the best course of action.

They took out loans. It felt like they were trying to buy a baby. They were ready to do it though.

Then they found out Jody was already pregnant.

Again, she lost the pregnancy, at 5-weeks. They couldn’t tell from the ultrasound if the egg had implanted in the fallopian tube or made it to her uterus.

They tried IVF… $5000 on injections. $22000 on the procedure. Painful injections. Waiting and unending appointments. It consumed their lives.

They ended up with only three embryos. They implanted all three.

Jodee was disappointed, frustrated, and heart-broken, and her doctors still had no answers.

They tried multiple IUIs and a round of Clomid. All negative.

She got pregnant again, on her own, but lost it after just four days.

They tried IVF again. No luck. And that was their last attempt.

“It takes over your mind, when you lose babies,” Jodee explained, “It becomes this gaping hole that you have to fill.”

She’d become desperate and depressed. She wanted to know what she’d done to deserve this. She regretted all the time she’d spent obsessing over trying to conceive, instead of spending time with her son.

And, she mourned and raged, silently and alone.

The couples who couldn’t have a first child (primary infertility) didn’t offer much sympathy, because she already had a child. Those who’d never been there, couldn’t relate.

Constantly, she faced pregnant bellies and newborns. She couldn’t hide from them, because she had to take her son to birthday parties and parks. Constantly, she faced friends who wanted to know when they were going to try again… and she tried to smile, even though inside she was dying, having just lost a baby.

She started a blog and told the world. She found online support groups—The Bump had one called “Trying to Conceive After Loss” and another for “Secondary Infertility” (meaning infertility after already having a child). She found the most caring and loving friends there, who understood her and supported her through everything. She will love and appreciate them forever. She wasn’t alone, anymore.

She encourages women to educate and advocate for themselves… she wishes she’d demanded genetic testing with her first pregnancy. And, googling “rectal pain while pregnant” probably saved her life.

She wants women suffering losses to know they’re not alone. And, to know that it’s OK to still love your family and live your life.

She’s been thrilled and honored that women have come out of the woodwork to thank her for sharing her story. Now they’re not alone.

Jodee hasn’t given up on more kids, either. She still has options—more IVF or IUI, repairing her remaining fallopian tube, surrogacy or adoption. And, she has a younger sister (31), who she loves dearly… a sister who offered her eggs to Jodee. They cried together, about the amazing gift her sister offered. Maybe, that could be her new beginning.

There’s one other silver lining, as well, to all of her pregnancies and losses… she has her beautiful, healthy 3-and-a-half year old son. She treasures that gift even more, because of what she’s been through. She loves him to pieces and spoils him rotten. Instead of arguing over toys or timeouts, she holds him just a little closer, instead. And she’s forever grateful to her husband who’s supported her through everything.

If you’re struggling, please know, she’s a stranger but a friend. She understands and she’s rooting for you.

If you’re blessed enough to have had successful pregnancies, she’s grateful to increase awareness and to end the silence.

And, either way, hopefully after hearing her story, you can take this gentle reminder to hold your precious loved ones just a little closer tonight. 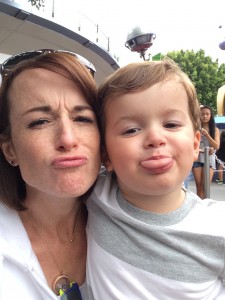 Thank you to Jodee for sharing her story. Secondary Infertility is a real challenge that still very few people talk about. Please share this story to increase awareness. You can follow Jodee’s blog and root for her at: www.timestandsstillblog.com. If you enjoyed this article by Mama Lovejoy, you can follow me on Facebook, or @MamaLovejoy1 on Twitter, Instagram, Tumblr or Periscope. 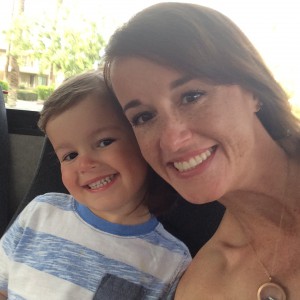