Mama Lovejoy was born on a at a play date in a park, when one mom said, “I wish I’d know I could breastfeed, even if I could only make 2 ounces a day”. One of our amazing mom friends had succeeded in breastfeeding her baby for 9 months even though she only made, at most, five ounces each day. Although she felt breastfeeding was a struggle, she still made it work and she was an inspiration to all of us.

Thinking back on my struggles, there were so many things I wish I’d known, too. In the beginning, I was angry with my poor, sweet husband, who has been such a support through everything. And, I struggled through dozens of painful and heart-breaking breastfeeding challenges (with great pride, I’ll add that although we had to supplement with formula starting at one-month-old, I was able to breastfeed for over a year).

I reflected on some of the other challenges and victories my friends had shared—one had a baby that went to the NICU then didn’t nurse, so she pumped exclusively.  One left her job because her baby wouldn’t take a bottle.  And one still held her baby for all of his naps. I thought of all of the funny stories I’d heard about moms’ relationships and the “war stories” of surviving the first couple of months. And I looked around at the beautiful, happy moms in front of me who were sleeping again, and who had overcome their challenges (though not necessarily in the ways they’d expected).  They had become healthy functioning members of society again, somehow. I wished I could go back in time and share all of that with myself when I was a brand new mom.

Instead I decided to write a book and start a blog, so I could share the stories and tips with other moms.  Recognizing that there’s so much bad information out there and coming from a background of Biomedical Engineering, I committed to also interview pediatric and postpartum experts. I wanted to offer information consistent with the best medical advice available.

I hope you find this information and these stories to be helpful. Or, if you’ve already been through these adventures and you’ve made it to the other side, I hope you enjoy the trip down memory lane.

Cary Lovejoy Lawler is the owner and creator of Mama Lovejoy.  She is married to her loving, goofy and playful husband, Josh.  They have one daughter, Savannah, and a very furry collie, Bigfoot.

Cary has a long history of working in the medical space.  She earned her Bachelor’s of Science in Biomedical Engineering from the University of Southern California and her Masters of Business Administration from Duke University.  After working in the automotive and aerospace industries, she worked for almost 9 years at a Fortune 500 medical device company, as a Systems Engineer, a Sr. Manager of Technical Support, and then a Director of Quality.

In 2013, she earned the title she is most proud of though, “Mom”.  She’s now mostly a stay-at-home mom.  She does free-lance writing part-time, and has been published in Pregnancy and Newborn Magazine, Scary Mommy, All4Women (the largest online women’s magazine in South Africa), GoodEnoughMother.com, Vaccinate California, CEO Blog Nation and others and Cary was featured talking with Tyra Banks about Mama Lovejoy on Tyra’s TV show FABlife.  She was thrilled to learn that as of Oct, 2015, the Mama Lovejoy website now ranks among the top 20% of websites worldwide. Cary is also a member of the National Association for the Education of Young Children. 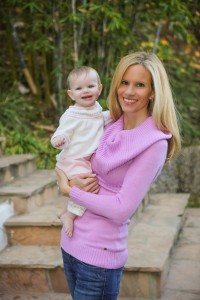 Kara Lawler (no known relation to Cary Lovejoy Lawler) has been published in various publications, but shows up most regularly on The Huffington Post, Parenting, Today… Show, Scary Mommy, Club Mid, Patheos, and Mamalode. Tori, the editor for Mamalode, said, “Kara Lawler is an eloquent writer whose pieces explore a depth of emotion and honesty that is nearly unparalleled. She is as talented a writer as she is storyteller, and when she entwines the two, she produces pure magic.”

Mostly, Kara is a mother, wife, and a teacher, and she writes about the divide that is mothering her own children while still mothering her spirit and the sacred. The divide to her is trying to balance all parts of her life and embracing the divide of self that is often being someone’s mother. She works hard to see the beauty in the mundane, and motherhood has been like a camera lens coming into focus: She sees what really matters and she writes about it.

Kara is a Contributing Editor for Cargo Literary, and she is also on the advisory board for Zero Weeks, a documentary about the lack of paid family leave in the United States.

Cary considers Kara to be one of the best writers out there and she’s thrilled to give Kara her own column on Mama Lovejoy.  Be sure to check out Kara’s blog too : Mothering The Divide (also on Facebook). 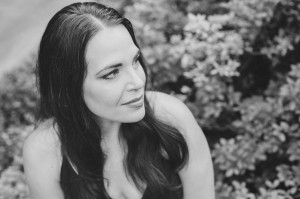