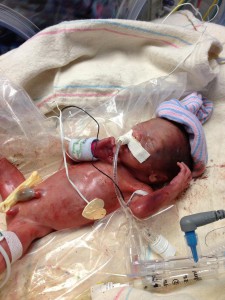 When Erin Richardson, already a single mother to a toddler, felt her water break at 23-weeks pregnant, she suddenly faced an impossible decision—a life-or-death decision. Against her doctor’s advice, she chose to do everything possible to save her son’s life.

Today, premature birth is the leading cause of death for infants, causing over 1/3 of all infant deaths (source: CDC). Maybe it doesn’t have to be. If you, or your best friend, or daughter went into early labor would you know what to do to give the baby his best chances for good health? Erin wishes she’d had more information, in advance, rather than having to figure everything out in the midst of delivering a 23-week preemie.

At 19-weeks-pregnant, Erin’s cervix started to open slightly, so her doctor put a cerclage (stitch) in it to hold it shut.

No one knew it yet, but the cerclage had actually started an infection in her placenta.

At 23-weeks-5-days pregnant, Erin woke up to a strong cramp and tightening of her abdomen.

Soon, she felt the cramp and tightening again. “Are these contractions?” she wondered, unsure, since she’d been induced with her first pregnancy.

She went to the hospital. The cramps kept getting closer together, but the hospital staff didn’t see any contractions on their monitor.

Then her water broke.

Erin’s Obstetrician (OB) told her that at 23-weeks-gestation, her son wasn’t viable. He recommended that Erin deliver the baby vaginally. Then, he told her she should not intubate him.

He recommended that she hold him in her arms while he passed naturally.

She also spoke to the Neonatologist (doctor who cares for newborns). He estimated that her son had about a 40% chance of living, and if he survived, about a 50% chance of being severe disabled, with mental retardation, blindness, deafness, and/or cerebral palsy.

She caught a glimmer of confidence in his eye though. Although he didn’t say it, she saw that he believed he could save her son.

And she believed it too.

Everything in her told her to do whatever it took to save her baby. A wave of strength and optimism kicked in, and from then on, Erin squashed away any feelings of doubt and fear.

She did some online research, talked to friends in the medical field, and spoke to March of Dimes clinicians.

Her research suggested that Cesarean sections caused less trauma during delivery, and improved the outcomes for extremely premature babies.

“Either you can do the caesarian section,” Erin told her OB, “Or I can find someone who will. I’m choosing to intubate my son”

Erin’s OB was upset—he didn’t want to endanger her health, especially considering that she was a single mother and he didn’t yet know the cause of her premature labor.

But he agreed to help her.

The medical team only had time to give her one steroid injection for the baby’s lungs, before delivering her baby.

Erin caught a brief glimpse of her tiny baby, Jayden, following her C-section. He didn’t have cartilage yet in his nose or ears, and he wasn’t breathing. The doctor quickly wrapped Jayden in cellophane wrap to keep his still-developing skin on his body. They quickly connected him to a ventilator.

Jayden received a blood transfusion, antibiotics, and a slew of procedures and life support from machines and doctors. The NICU staff carefully explained everything to Erin.

She spent her days in the NICU with Jayden and spent her nights at home with her 20-month-old daughter.

And, she pumped her heart out. Her milk came in the first night. From then on, she fed him breastmilk exclusively.

They told her it was basically inevitable, though. For such an early preemie, they said, even minimal jostling would cause a minor bleed. A serious brain bleed, however, would probably kill or severely disable Jayden.

After about a week, the team identified a brain bleed.

It was a low-level bleed, though. She took it in stride. It never progressed to a serious bleed.

That was huge news—it meant the worst and most uncertain part of Jayden’s recovery was over!

After 19 days in the NICU, Erin could finally hold her baby. She held him skin-to-skin against her body, for four hours each day.

He still needed a CPAP to breathe and they fed him through a tube. He received blood transfusions, weekly.

They spent 91 days in the NICU.

And then, they went home!

“He’s perfect,” Erin says. “He was a frog for Halloween”.

What you need to know:

Erin was fortunate, brave, and resourceful to find answers quickly, and she made all of the right decisions to save her son’s life. Here’s what other expecting families need to know, if they find themselves facing an extremely premature delivery:

Please share Erin’s and Jayden’s story and lessons to help raise awareness, so there can be more stories like theirs. 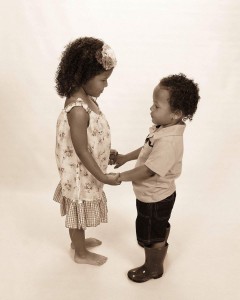 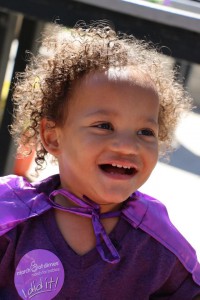 This story has a sister article, which will be published shortly, where a Neonatologist shares how the NICU saves an extremely premature baby.  If you want to hear more from Mama Lovejoy, like the Mama Lovejoy Facebook page to automatically receive articles in your Facebook newsfeed.