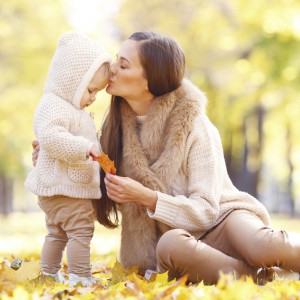 Motherhood means so much more than just having given birth to a child. It’s supporting and caring for a tiny life who depends completely on you for survival. It’s loving another person more than you love yourself—more than you ever thought you could.

Motherhood is doing everything for a tiny baby who can’t do anything for themselves, while you’re so exhausted and overwhelmed you’re barely holding it together yourself. It’s spending an hour-and-a-half nursing, rocking, and pacing with a baby to get him to nap for 30 minutes… then staying awake with him again for two hours that night. It’s breastfeeding over-and-over when you’re in excruciating pain, because you want everything for this precious baby. It’s coming to terms with stretch marks or an unplanned, unwanted Cesarean section. It’s looking back and maybe even mourning your old life, where you were free to do whatever you wanted, whenever you wanted. And then, it’s feeling guilty for feeling that way.

But Motherhood is also that moment when your baby looks right at you and smiles for the first time, and you feel your heart explode with joy. It’s when she reaches for you and says, “Mama”, wanting you more than anything or anyone in the world. It’s watching with awe as she learns to crawl, then to stand, then to walk. Her squeaky giggle and giant smile melt your heart, every time. It’s letting her fall and teaching her how to get up. It’s teaching her that she is capable and strong.

Motherhood is never going to the bathroom alone again. It’s breaking up sibling fights all day long. It’s walking around the house while a toddler clings to your leg and sits on your foot. And it’s spending every spare minute of your day keeping small people alive and cleaning up after them… only to end your day unshowered, exhausted, and with a filthy house.

And inevitably, one day he moves out, and that chapter of life is over.

You pray that everything you’ve done is enough. You pray that your baby is happy and that you’ve given him the tools to make his dreams come true.

You look back at your pictures and know that being a mother to your child is the best thing you’ve ever done.

Motherhood is so much more than just carrying and delivering a baby. It’s sacrificing every part of yourself and feeling so honored to do so for someone you love so much. It’s creating a life and loving her so deeply, that you’d give your own life for her. It’s realizing you’re a better person because of these kids; that your life is so much richer for having these kids in it. It’s a joy and a struggle that no one could ever understand unless they’d also been there, but you wouldn’t trade it for anything.

To all the mothers out there, you’re doing an amazing job, even if it doesn’t feel like it, some days. May you send your children into the world feeling confident that just by being there, you gave them everything they need. May you truly know that most of all, they were so blessed to have you.