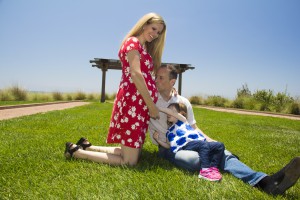 I can’t believe I’ve waited until now to let myself really start getting excited about having a baby—I’m already in third trimester.  I only just joined an online group for expecting moms, and I’m only just publicly announcing my pregnancy.  I swear, we’ve really, really wanted this baby.  Babies bring such joy to the world—believe me, I know—I also have a 2.5-year-old.

It’s just that this is my fourth pregnancy.  We lost two pregnancies in between kiddos.  If you’ve ever experienced a loss you probably get it.  Or if one day you do, maybe my story will help you.

I’ve been pretty open about our losses.  I was just so grateful to the handful of moms who were candid about their miscarriages before we faced ours—they let me know I wasn’t alone and I had friends I could talk to.

We told our daughter about our pregnancy, the first time.  We told her she was getting a sibling, and that a sibling is the best gift in the world.  Then in an instant the pregnancy was gone.

And when we had our next pregnancy, everything seemed good for the first few weeks.  The pregnancy felt like it would stick… until it didn’t.  My parents were in town for Thanksgiving, when I had my second miscarriage, and I was able to drink wine and have a good cry with them.  The tough times in life can be really rough, but it’s so special to have loved ones to cry with.  And when I finally opened up publicly about our losses, one of my best friends called crying to share her love and support.  It filled my heart to see all the love and support we had in our lives.

So, you can probably imagine, when we finally got pregnant for fourth time (this time), it was a totally different experience than when I was pregnant with my daughter.  Here’s how it’s different when a rainbow baby is on the way:

Wherever your journey has taken you, I hope you’ll take a moment to hold your babies extra-close.  Our paths may be bumpy, but babies really do bring such joy into the world.