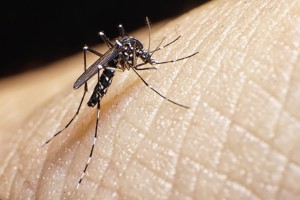 Brazilian officials are warning women to delay getting pregnant, if possible, due to a surge in severe birth defects in newborns, believed to be linked to a rapidly spreading virus.

The disease believed to be causing these birth defects, Zika, has spread through South America, Central America, the Caribbean, and Mexico

These regions have seen a recent introduction of the Zika virus and a spike in cases of infants born with microcephaly, a neurological disorder that can result in incomplete brain development. More than 2400 suspected cases of microcephaly (ad 29 related deaths) have been reported this year in 20 Brazilian states, compared with 147 last year. Six states have declared a state of emergency. However, officials estimate that up to 1.5 million people may have been infected in Brazil, this year.

Microcephaly results in an abnormally small head (<33cm) with limited brain development and it sometimes leads to early death. “These are newborns that will require special attention their entire lives,” explains Angela Rocha, a Brazilian pediatric infectologist. “It’s an emotional stress that can’t even be imagined.”

The cause of the surge in microcephaly is believed to be a mosquito-born illness, called Zika. Symptoms of Zika include: mild fever, skin rash, headache and joint pain. Sometimes there are no symptoms though, so it’s difficult to detect.

“It’s a very personal decision, but at this moment of uncertainty, if families can put off their pregnancy plans, that’s what we’re recommending,” shares Angela Rocha.

The Zika virus was first discovered in a rhesus monkey in Uganda’s Zika forest in 1947. Since then it’s become endemic in some parts of Africa.

The first case of Zika was first observed in South America, on Easter Island, Chile in February 2014. Brazil’s first case occurred in early 2015. Some doctors believe tourists from Asia or the South Pacific introduced it during the 2014 World Cup.

On November 28, Brazil’s Health Ministry announced that it found the Zika virus in a baby born with Microcephaly, establishing a link. Fiocruz, a Brazilian scientific institute, indicates has since been found in the amniotic fluid of a second pregnant woman whose baby has microcephaly.

Today, Brazil’s Health Ministry estimates there have been between half a million and 1.5 million cases in Brazil in this outbreak.

The outbreak has continued to spread and it’s now in nine countries in South and Central America, and Mexico. The countries include: Mexico, El Salvador, Guatemala, Panama, Brazil, Colombia, Paraguay, Suriname and Venezuela. Additionally, cases have been reported in the Caribbean.

Where will it spread to next?

At this point, it’s only known to be transmitted by the Aedes Aegypti mosquito, which lives in tropical climates. That’s the same kind of mosquito that carries yellow fever, dengue and chikungunya.

In the United States, the Aedes Aegypti mosquito is found in small numbers in Texas, Florida and Hawaii.

A report by the European Centre for Disease Prevention and Control said cases of Zika are possible in Europe as well: “Imported ZIKV (Zika virus] cases are possible in EU Overseas Countries and Territories and EU Outermost Regions, with onwards autochthonous [locally-acquired] transmission where potential vectors are present.” Local transmission means that mosquitoes in the area are infected with Zika virus and are spreading it to additional people in the area.

Last month, PAHO, part of the World Health Organization, advised health authorities to prepare for “a potential burden at all levels of health care”, as the virus spreads.

Federal and local governments in South America have ramped up efforts to reduce the Aedes Aegypti mosquito. In Rio de Janeiro, officials indicate they’ve made more than 9 million house visits to eradicate stagnant pools of water where the mosquitos live and breed. They’re also monitoring hundreds of pregnant women.

Individuals can protect themselves by using insect repellent, approved by the Environmental Protection Agency, such as products containing DEET, Picaridin, Oil of lemon eucalyptus or IR3535. They can also use Permethin-treated clothing and gear. People can stay indoors and sleep in screened-in spaces or air-conditioned rooms. Last, they can cover exposed skin by wearing long-sleeved shirts and long pants.

For those living in other countries, the Center for Disease Control and Prevention (CDC) has issued travel notices for people traveling to South America, Central America and Mexico. They recommend travelers protect themselves from mosquito bites. There’s no vaccination or treatment for Zika virus.

“It’s been very difficult, because initially the ultrasounds were normal,” Patricia Compassi, who recently delivered her son, shared with Globo TV. Early in her pregnancy, she woke up with a rash all over her face and achy joints. Her doctors, at the time, assumed she’d had a food allergy, but they’ve now determined it was Zika. Toward the end of her pregnancy, doctors informed her that her baby would be born with microcephaly. “There are days that I cry, but just looking at him gives me strength,” she shared.